Garrett Addison wrote a pretty good book here. The first part was slow, in a way that made you think “this is his life”. It is a narration and a direct pov which takes some getting used to. Faye was the spouse who hated that her husband was a consultant who did too much traveling.  While the traveling part is probably the best part of his life, his friend Emil is the best co-worker, in my opinion. The way they call the boss, who is a woman the “Anti Christ” is hysterical to me.

The book shows the totally mundane life lead by the traveler. While enduring the life of a consultant, he contemplates family, life general and murdering the anti Christ. I couldn’t really relate to his anger that much, seems like he needed a way to vent about work and the boss lady. Well no spoiler he may get a way.

Buy on Amazon The Traveller 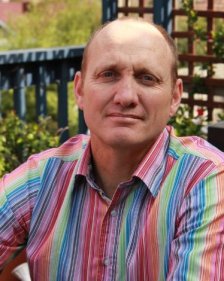 Garrett is forty something, Australian, and also a geek, husband, father and novelist. He grew up in Perth, Western Australia, and has been lucky enough to live in or visit most of Australia and much of the world. He now lives in Melbourne with his family. Not averse to change, thus far, he has been an Army officer, software consultant and author. But this is just the beginning.