Let’s get to know the Author before we take a look inside this book.

Cas lives in the lovely county of Hampshire, southern UK, where she was born. On leaving school she trained for two years before qualifying as horse-riding instructor. During this time she also learned to carriage-drive. She spent thirteen years in the British
Civil Service before moving to Rome, Italy, where she and her husband, Dave, lived for three years. They enjoy returning whenever they can. Cas supports many animal charities and owns two rescue dogs. She has a large collection of cacti and loves gardening. She is also a folk singer/songwriter and is currently writing and recording nine folk-style songs to accompany each of her fantasy books. You can listen to and download all the songs from her website: www.caspeace.com

See the video of her performing live at the King’s Envoy book launch here:
http://www.caspeace.com/cas-peace/the-wheel-will-turn 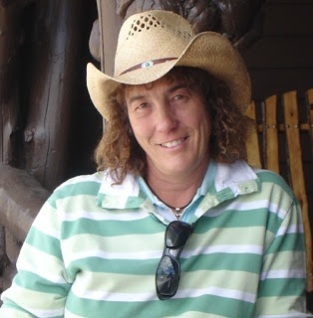 Ready for a look at the book?

Pure evil resists all attempts to destroy it, seeking only its ultimate vengeance. Three years have passed since Reen’s trial and exile and changes have occured at the Manor. Taran now resides in Loxton Castle as Elias’s Court Artesan, with Sullyan, General Blaine, and Colonel Vassa all making regular tours of guard duty there. Accused of corrupting her daughter Princess Seline, the disgraced former queen, Sofira, has been exiled to Bordenn, where she nurses a bitter heart. And a terrible scarecrow creature has taken roost in a dank cell below the palace of Lerric, Sofira’s father.
Word reaches Sullyan of Reen’s suicide. The lack of a body and a series of dreadful events in Port Loxton—a vicious murder, a brutal ambush, and a devastating fire—raise doubts in her mind. She launches an investigation, unsuspecting of the evil that’s about to be unleashed… 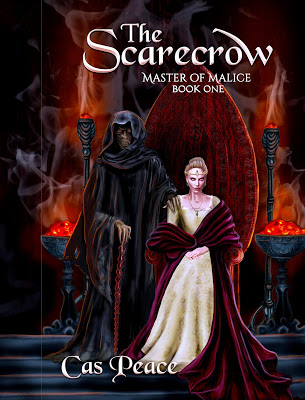 Grab your copy of the book today! Amazon
Check out the other books by Author Cas Peace

Lerric, aging client-king of Bordenn, stood in the dark doorway. A damp, noisome smell assailed his nose, the drip of water
reached his ears. Lerric shivered, his reaction not wholly due to the chill in the air.
Deep within the lightless room he detected a hint of movement. Creaking leather, a hiss of pain. Lerric stepped one pace farther from the door’s protection and raised his lamp. As soon as the faint yellow light touched—and flinched from—the dark form huddled on the
truckle bed along the far wall, a vicious curse sounded. A crooked hand flew up to shield eyes that could no longer bear good, honest light.
“Put that out, you bloody fool! Would you blind me entirely?”
“Ah . . . your pardon.”
Lerric shuttered the lamp and gloom reclaimed the cell. When his eyes grew accustomed to the darkness, the king assessed the cell’s lone occupant.
Habitually dapper and well-fed, his body had assumed scarecrow proportions. A parody of his former self. The fastidiously clean and expensive raiment was replaced by a thin, shabby robe of dusty black. A darker blot amid the shadows, it barely disguised the gaunt
frame it covered.
Gone were the arrogant swagger and confident poise, replaced by a savage desire for revenge, a thirst for retribution. Three years of incarceration and hopelessness, of nursing raging grievances, hadn’t lessened the pious fervor and deeply-held beliefs.
Thirty-six interminable months of imprisonment and deprivation had served only to deepen his determination to rid the land of those to whom he owed his life.
Those without whose mercy he would have suffered a horrific and agonizing death.

Check out all the great blogs that are a part of this event by following along on the Facebook page.
https://www.facebook.com/events/1528766444114732/

One thought on “Master of Malice: The Scarecrow by Cas Peace #Blitz @lovingthebook”