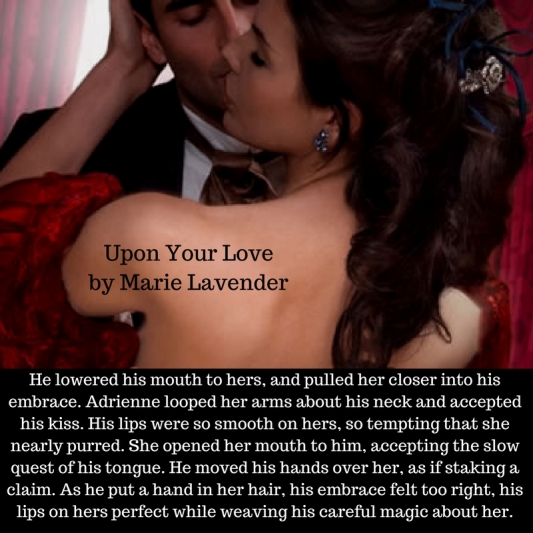 The Hill family saga concludes as loyalties are questioned, faiths will be tested and undying love may come at a terrible cost…

Fara Hill, mother and faithful wife, is torn between her family at home and her urge to be at sea. Soon, she learns some disturbing truths. Was the past a fairy tale instead of reality?

Chloe Hill, loving wife and young mother, questions her faith when her husband sets an ultimatum she cannot meet. Will she be able to keep her marriage from falling apart?

Adrienne Bellamont Hill, born of a valiant captain and a fiery redhead, is untamed to her core and will bow to no man. Then Christian du Plessis enters her life with an offer she can’t refuse. Discovering the man behind the polished gentleman, she is drawn to him in many ways. Holding out for love is a family tradition, but can she resist the temptation of passion?

Christian finds this young woman to be a fascinating challenge, and is torn between keeping his distance from her and succumbing to her charms. A fierce battle of wills ensues as he sees she is much more than he ever imagined.

But danger lurks, threatening to destroy everything…

Can these two strong-willed individuals unite in the cause before time runs out?

Bestselling multi-genre author of UPON YOUR RETURN and 23 other books. March 2016 Empress of the Universe title – winner of the “Broken Heart” themed contest and the “I Love You” themed contest on Poetry Universe. SECOND CHANCE HEART and A LITTLE MAGICK placed in the TOP 10 on the 2015 P&E Readers’ Poll. Nominated in the TRR Readers’ Choice Awards for Winter 2015. Poetry winner of the 2015 PnPAuthors Contest. The Versatile Blogger Award for 2015. Honorable Mention in the 2014 BTS Red Carpet Book Awards. Finalist and Runner-up in the 2014 MARSocial’s Author of the Year Competition. Honorable mention in the January 2014 Reader’s Choice Award. Liebster Blogger Award for 2013 and 2014. Top 10 Authors on AuthorsDB.com. Winner of the Great One Liners Contest on the Directory of Published Authors.

Marie Lavender lives in the Midwest with her family and three cats. She has been writing for a little over twenty-five years. She has more works in progress than she can count on two hands. Since 2010, Marie has published 24 books in the genres of historical romance, contemporary romance, romantic suspense, paranormal romance, fantasy, science fiction, mystery/thriller, literary fiction and poetry. She has also contributed to several multi-author anthologies. Her current series are The Heiresses in Love Series, The Magick Series, The Blood at First Sight Series and The Code of Endhivar Series.