A new career, a new place, and a new man—you’d think after the rough year she’s had, Isla has finally found her stride. Of course it’s never that simple. Some dreams she is building, some dreams are taken away before they have a chance to form. But she never imagined that the one thing she’s worked so hard to realize, could be the cause it all breaks apart.
Ben doesn’t miss his assignments, his life of deceit, or his unsavory associations—but they appear to miss him. Just as he’s beginning to think perhaps there’s redemption for him after all, his dark past casts a long shadow.—and not just on him, but on the woman who made him believe.

“Loved it. Lots of suspense and a strong Heroine, just like I love to read.
Can’t wait for more of this series.” – Reader Review

“I loved the new story line. It is amazing. You will be blown away.” – Reader Review

“I love the re-entry of character’s past, and the addition of new characters.
this is a MUST-READ in my book!” – Reader Review 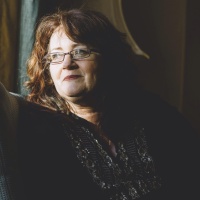 Freya Barker inspires with her stories about ‘real’ people, perhaps less than perfect, each struggling to find their own slice of happy. She is the author of the Cedar Tree Series and the Portland, ME, novels.
Freya is the recipient of the RomCon “Reader’s Choice” Award for best first book, “Slim To None,” and is a finalist for the 2016 Kindle Book Awards for “From Dust”. She currently has two complete series and three anthologies published, and is working on two new series; La Plata County FBI—ROCK POINT, and Northern Lights. She continues to spin story after story with an endless supply of bruised and dented characters, vying for attention!

KT Dove grew up, and still lives, in the Midwest. At an early age she developed a love of reading, driving the local librarians crazy, and would plan plot lines and stories for her favorite characters. KT received degrees in English, Speech/Drama, and Education. And yet instead of becoming an English teacher as planned, she opted for an unexpected HEA.

Now married, a mother and still an avid reader, she stumbled upon the Indie author movement and became involved on several levels. Never in her wildest imagination would she have thought she would co-author a book. With the support of her family, she took the plunge, adding writing to an already busy literary existence.
She wouldn’t have it any other way.