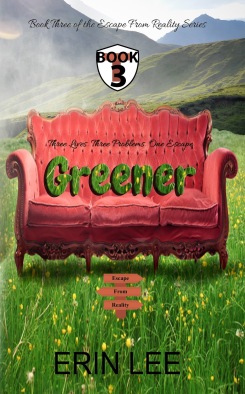 It’s part of what makes us human. There are names for it – jealousy, envy, and sometimes even greed. We daydream about what someone else has. We convince ourselves that things would be better if we were someone else altogether…The grass is always greener, we believe. Or is it?

For Caroline, being left alone would be everything. She’s had enough of doctors and nurses telling her how to live because of a mistake she made as a kid. The idea of another shrink makes her cringe. Yet, she doesn’t have a choice. Not if she wants to keep living on the outside.

For Nora, being seen would mean the world. It’s been years since she’s had a hot shower without sneaking around but no one notices. No one cares to ask. It’s her job to smile, pretend everything is great and ask them about their days instead.

And for Dennis, the ability not to care at all would solve his difficulties. If only he could stop worrying about what people thought of him. To live authentically would make things so much easier. He could finally close the door to his past.

Three people with entirely different problems and one thing in common: They are trapped with a need to escape. Ironic, when Escape, Colorado is exactly the place tourists expect to find their own escapes. But then, the tourists are human too…

The grass is always greener. 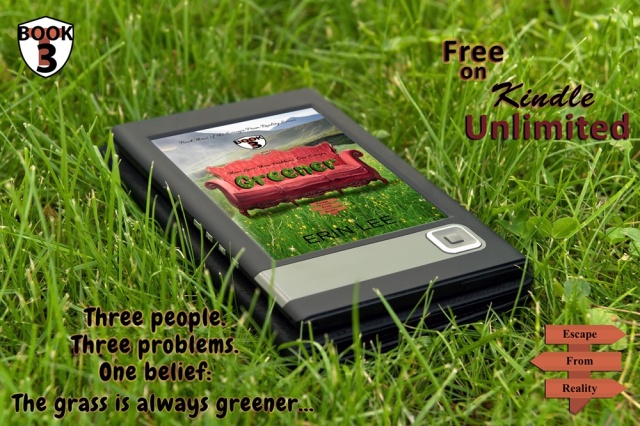 Caroline
My alarm goes off at 10:21 every day – long after Lori has come and gone. Way past after I know she could be back to bother me. Basically, by the time she’s found other people to bother. I have no idea why I set it this way. I probably figured, close enough. I feel guilty sleeping in past 11 a.m. But, what do I really have to wake up for? Some days, I feel like my mother after James. I don’t have that kind of excuse though. I can’t say that it’s grief. I really don’t know what is wrong with me.
I know I’m depressed. I’ve been through more diagnoses than anyone I know. And I know a lot of crazy people after living at ECH for so long. By the time my alarm goes off, I’ve already been up and back to bed. Every morning, that annoying Lori-witch with her high-pitched laugh comes to wake me to give me my meds. She’s got to be pushing 400 pounds and only wears printed leggings that look like they are going to break at the seams. Still, she has the energy of a ten-year-old – always dancing around and talking about her dogs. “Clean up your house, Caroline. This place is a mess,” she says. “Gotta keep up with your treatment goals! Don’t want anyone thinking you can’t take care of yourself.” Or, “Does Nora know about this? Have you talked to her about your living conditions?” No, but I’m sure you will. And I’m sure she’ll be happy to lecture me. Thanks for asking.
I finally gave her a key to my house so she would cut it out with the doorbell. Before that, she would literally ring it to the tune of “Mary Had A Little Lamb” until I finally answered.
Lovely, huh? I have a stranger in my house—called a Direct Support Provider—who probably steals from me. I try not to think about it because it bothers me. At least she takes me to the grocery store. Most days, I think she actually cares about me. Still, she, and the people she works for, are annoying. They made a back room in my home into a “med” room and it stays locked. I’m not allowed to go in there. Sometimes, Lori disappears for hours “doing paperwork.” (Normally, she sits back there setting up Go-Fund-Me accounts for puppies that didn’t die and don’t need “life-saving” surgeries. Anything for a free ride, but who am I to judge)?
I have no privacy. None. At any time, and for sure twice a day, I have Lori or one of her co-workers here to make sure I take my pills. It has to be this way until I get through the one-year mark and can prove that I’m capable of taking my own medications. These are the things, the frustrations, Nora doesn’t understand. No one tells her how to arrange her house and what to do.
I don’t have to see her today. I’m glad for this. I’m sick of hearing about what I’m not ready for. Maybe that’s because there’s truth to it. Even if Dennis saw me in a romantic way, it’s not like I could bring him home. I can’t see Lori looking fondly on that and, let’s face it, she’d tell Nora.
I drag myself out of bed, stopping to pee and brush my teeth in the bathroom before hitting my final destination – the couch. It sags beneath me, not because I’m heavy, but because I’ve got that couch trained. I sit in the same place all day, every day, until it’s time for appointments. I reach to the edge of the coffee table for my datebook.
People would think I don’t need calendars or a datebook because I really don’t have a life. People would be wrong. Because I’m being watched, I have a list of things I need to do. If I don’t do these things—meet my treatment goals—I’ll be right back where I started on the fourth floor at ECH. Sometimes, the idea of that seems better than journaling about my future goals and plans. Today, on a Tuesday, my datebook reminds me that I have shit to do. Oh my God. Three o’clock! How did I forget? I remind myself to tell Lori the meds are making my brain foggy.
I jump from the couch. Today is Tuesday! Dennis is coming to fix the leak under my sink. I need to clean, shower and get dressed. I toss my datebook to the side. I can write my plan for getting a driver’s license another day. It isn’t due until Friday. Priorities. 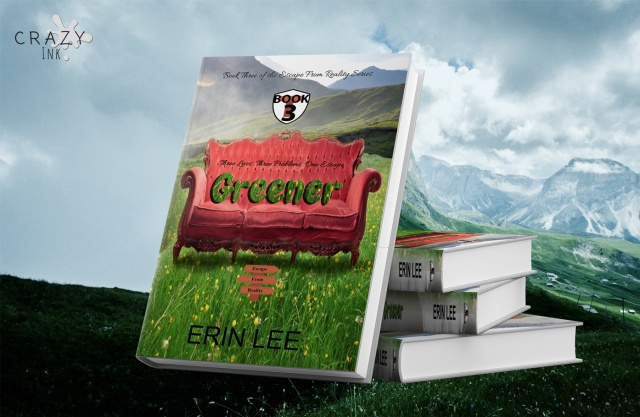 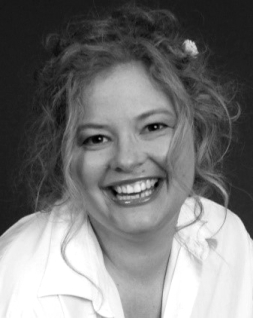 Erin Lee is a freelance writer and therapist chasing a crazy dream one crazy story at a time. She is the author of Crazy Like Me, a novel published in 2015 by Savant Books and Publications, Wave to Papa, 2015, by Limitless Publishing, LLC and Nine Lives (2016). She’s also author of Alters, Host, and Merge of the “Lola, Party of Eight Series,” When I’m Dead, Take Me as I Am, and 99 Bottles. She also penned Her Name Was Sam, an LGBTQ awareness novella and Losing Faith, a novella with Black Rose Writing.

Lee holds a master’s degree in psychology and works with at-risk families and as a court-appointed special advocate. Lately, she’s been dipping her ink in the horror genre. She looks forward to upcoming releases Once Upon a Vow, Just Things, Jimmie’s Ice Cream and Thing Fifteen. She is a co founder of the Escape From Reality Series with authors Sara Schoen and Taylor Henderson.
Erin Lee’s work can be found at:
www.authorerinlee.com,
on Goodreads under Author Erin Lee,
on Facebook at www.facebook.com/gonecrazytalksoon
and on Twitter at @Crazylikeme2015.

***
Support this author’s work and win prizes and free books by joining The Outsiders’ Street Team, a group she shares with authors and fellow Escape From Reality Series founders Sara Schoen and Taylor Henderson at https://www.facebook.com/groups/596733930532264/

Greener is Book Three of the Escape From Reality Series. For future books in the series, visit the series page at: https://www.facebook.com/EscapeColorado15/ 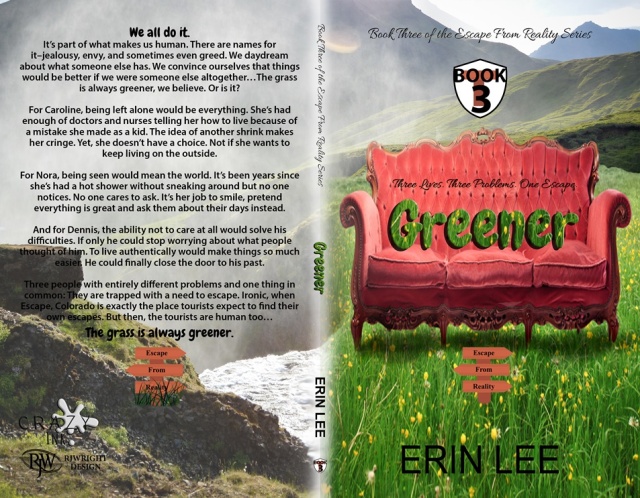