A not-to-be-missed novel of suspense about the secrets hidden in a young couple’s new neighborhood.

Kat and Doug felt like Aurora Village was the perfect community. Minutes from the city, affluent without pretension, low crime with a friendly vibe—it’s everything Kat never had, and that she’s determined to provide for her infant daughter. Snagging a nice bungalow in this exclusive enclave was worth all the sacrifice. But everything changes overnight when Kat finds a scrawled note outside their front door.

That wasn’t very neighborly of you.

As increasingly sinister and frighteningly personal notes arrive, each one stabs deeper into the heart of Kat’s insecurities, paranoia, and most troubling, her past. When the neighbors who seemed so perfect reveal their open secret, the menace moves beyond mean notes. Someone’s raising the stakes.

As suspicious as she is of every smiling face and as terrified as she’s become of being found out, Kat is still unprepared for the sharp turn that lies just ahead of her on Bayberry Lane. 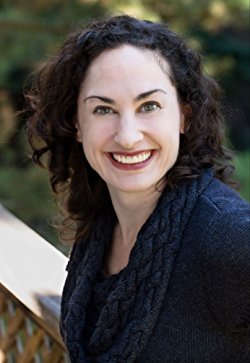 Ellie Monago is the pen name of an acclaimed novelist and practicing therapist. She’s also a wife and mother, and when you add it all up, she doesn’t wind up with much time for hobbies. But she’s an avid tennis fan, a passionate reader of both fiction and nonfiction—especially memoir (nothing’s as juicy as the truth!)—and she relishes a good craft cocktail.