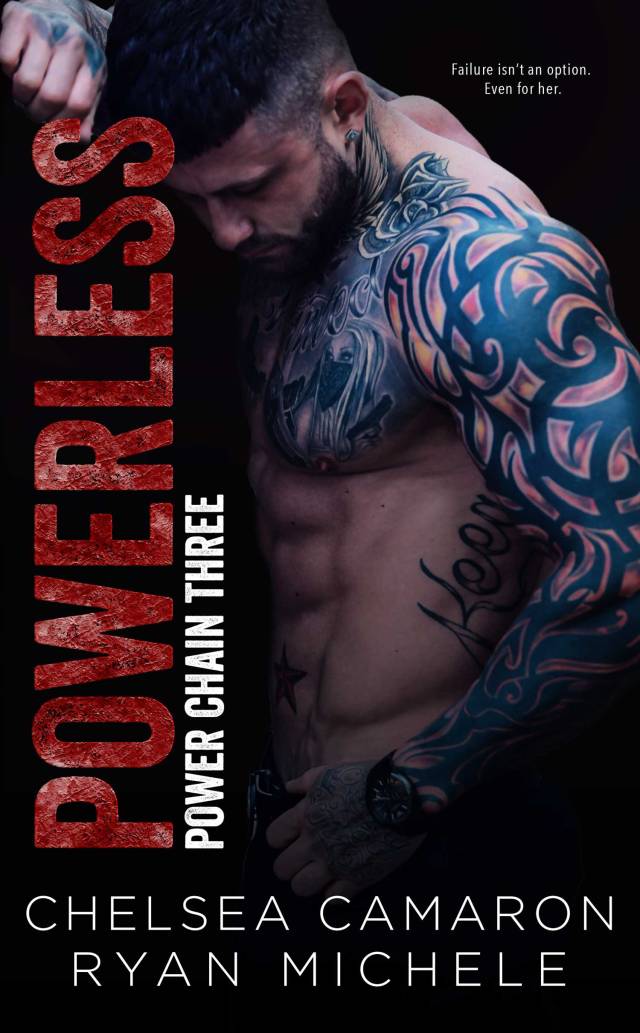 Failure isn’t an option. Even for her.
She was beautiful.
It was dangerous.
She was fierce.
It made her a target.
She was loyal.
It would be her downfall.
I am Dane Anderson.
I’m powerless to my attraction to her, even if she’s my next job. As a hitman in an underworld she can only fear, I have a reputation to uphold.
She will learn, no matter how innocent she is, I never fail on a job …
Including her.

Authors Chelsea Camaron and Ryan Michele team up to push beyond the boundaries, crossing a line into a deep, dangerous, and forbidden world. One where no one escapes, even if they beg to.
This is the Power Chain Series – a four book series of interconnected stand-alone romances.
Series reading order:
Power Chain
Power Player Anti-Hero Game (Power Cahin Book 2)