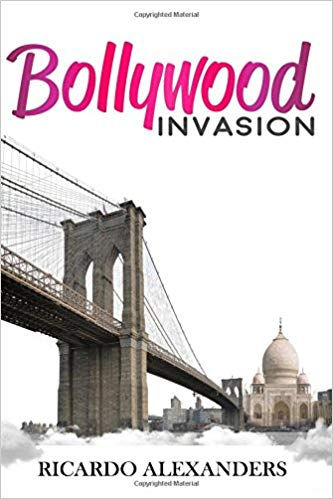 A fantasy novel about a modern-day American boy who wakes up in 1958 India as the reincarnation of John Lennon ( Book trailer https://youtu.be/CUN5Md-tXJk )

Bollywood Invasion opens when the protagonist, a sixteen-years-old boy from Brooklyn, finds himself with riches and power beyond his wildest fantasies in India, thirty-five years before he was born.

Brooklyn is readily forgotten. Life becomes a constant stream of debauchery, coming to a stand-still only when he meets “the one.” However, love doesn’t come easy. He must become a better man, a pursuit ignited by his memories of Beatles songs on his iPod.

Will these legendary songs change his life?
Can he escape Lennon’s eventual tragic fate?

His fate will unfold in Bollywood Invasion.

Ricardo Alexanders, an indirect descendant of the Great Yyu, was born in China. After obtaining a doctorate in science, he became a passionate writer with keen interest in in time-travel fictions that blend fantasy, science, and real history together.

“Dragon Tomb” is his first book. Ricardo wrote this book to pay tribute to his ancestors. “Dragon Tomb” is also the first book of “The Last Resistance” pentalogy. The tentative titles for the rest four are: “Resurrection”, “Total Invasion”, “Red Dragon”, and the series finale, “Genesis”. Sharing of such titles is meant to set a clear goal for Ricardo in building an unique/brand-new world for readers and motivate him to finish the pentalogy within five years.

Ricardo’s second book is “Bollywood Invasion”, which tells an unique story about about a modern-day American boy wakes up in 1958 India as the reincarnation of John Lennon and then conquers the world by re-creating the songs from the great Beatles. “Bollywood Invasion” is scheduled to be officially released on September 18, 2018.