I thoroughly enjoyed this book! So much so I went back and bought book 1 and 2 of The Crystal Moore Series. The characters were written really well. Eula, was a southern woman with a rifle! Hilarious even though it was serious. Crystal has my heart. She is a well rounded Public Relation rep with a fantastic way of coming through as lovable.

Ron Drake our election hero is running for Governor of Texas just because he wants it to be great. The other characters I cant speak of now due to spoilers, so suffice it to say Ginnie was ruthless. She was evil, just plain evil, yet I did like her. I felt that she was put together with half good/bad and so impressionable. 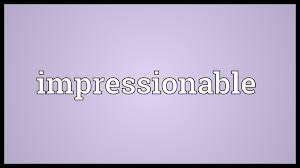 If you like clean, mystery novels with a twist, then YES buy it now. Obviously I didnt read them in order, but for this one there is no need to. I also loved the way the author keeps it as a series, but standalone too. There is not a lot of repeating things for the characters to keep you up to date EITHER.

After a successful career in mathematics and computer science, receiving grants from the National Science Foundation and NASA, and being listed in Who’s Who in Computer Science and Two Thousand Notable Americans, James R. Callan turned to his first love–writing. He has had four non-fiction books published. He now concentrates on his favorite genre, mystery/suspense. An award-winning author, Callan’s thirteenth book is scheduled for publication in 2018.

In addition to writing, Callan also speaks at writing conferences and teaches writing workshops in Texas and Mexico. He and his wife split their time between homes in northeast Texas and Puerto Vallarta, Mexico. His website is at: http://www.jamesrcallan.com/ It provides more information on his books and his work, plus a contact form to forward an email to him.