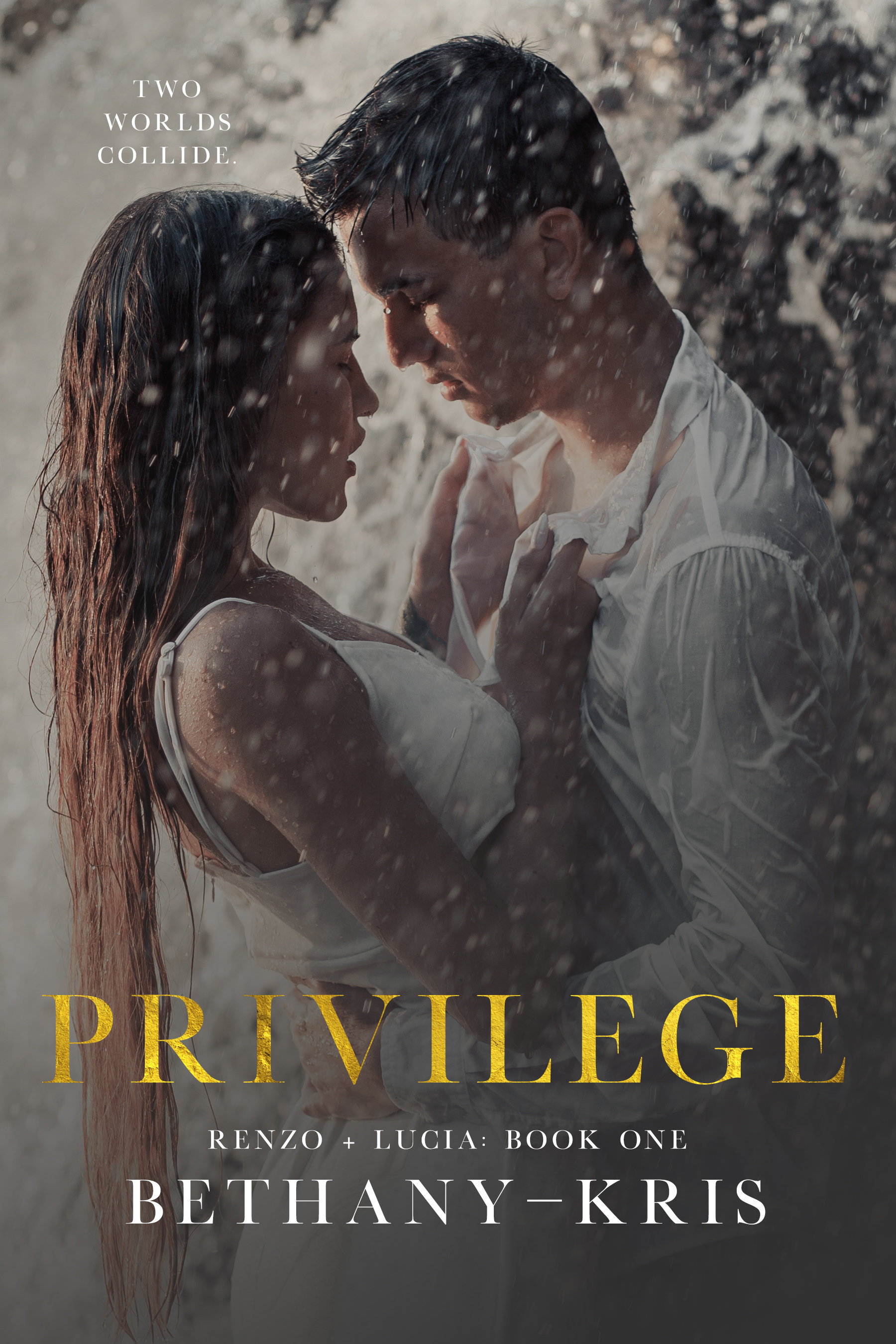 They didn’t come from the same world …

Born rich to a family of mafia royalty, Lucia Marcello was already destined to succeed. She wanted for absolutely nothing, until she met him.

Born poor to parents who never cared, Renzo Zulla was already destined to fail. He has struggled for absolutely everything, but she’ll prove to be his biggest fight yet.

They just weren’t meant to be … until they were.

What would it take to change a life—an entire perspective? All the things you thought you knew and wanted?

For them, it took thirty-six days.
And the privilege of meeting each other.

They shouldn’t be.
They don’t fit.
Love doesn’t care.

Note: Privilege is book one in a three-book trilogy following the same couple. 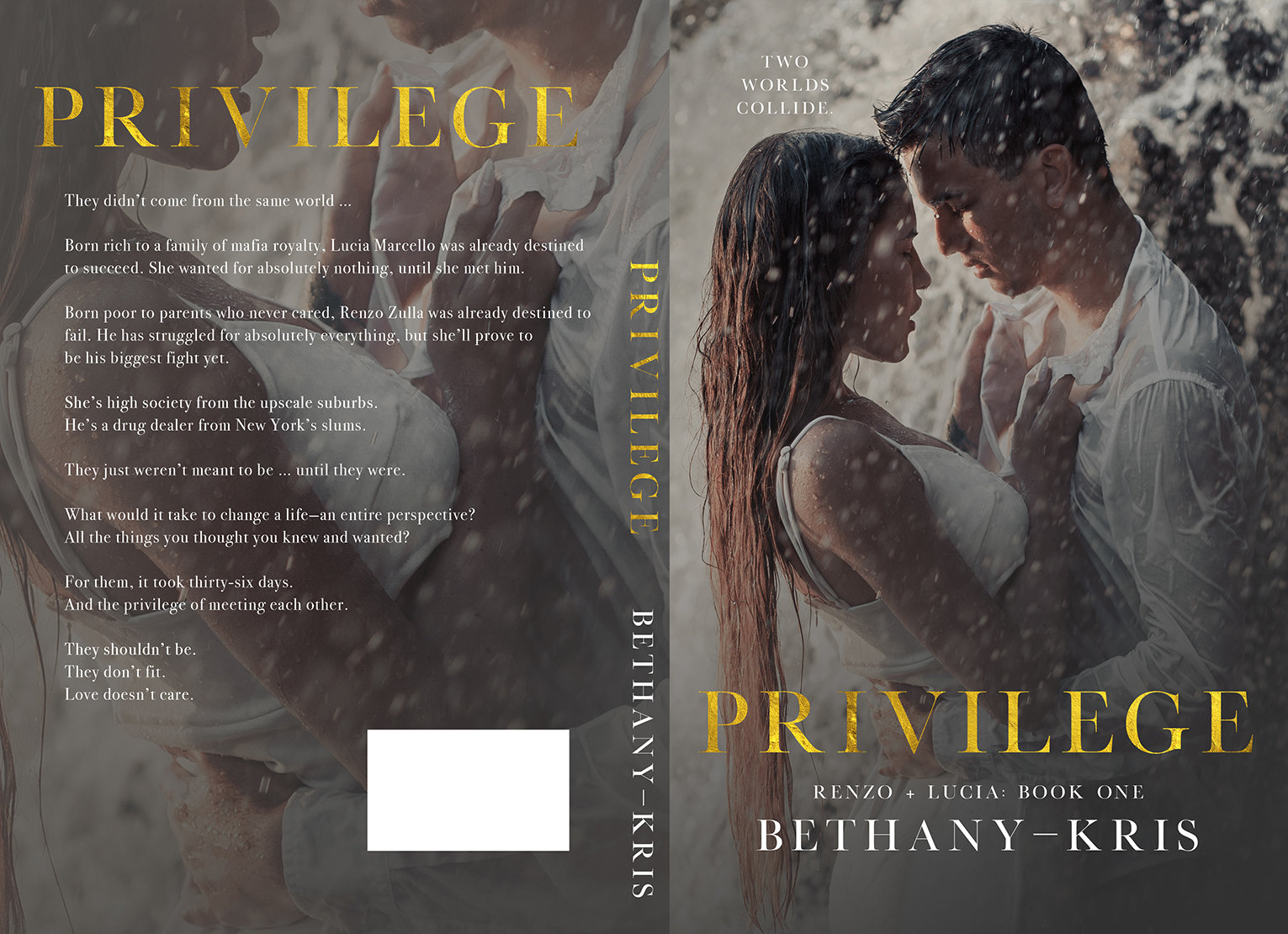 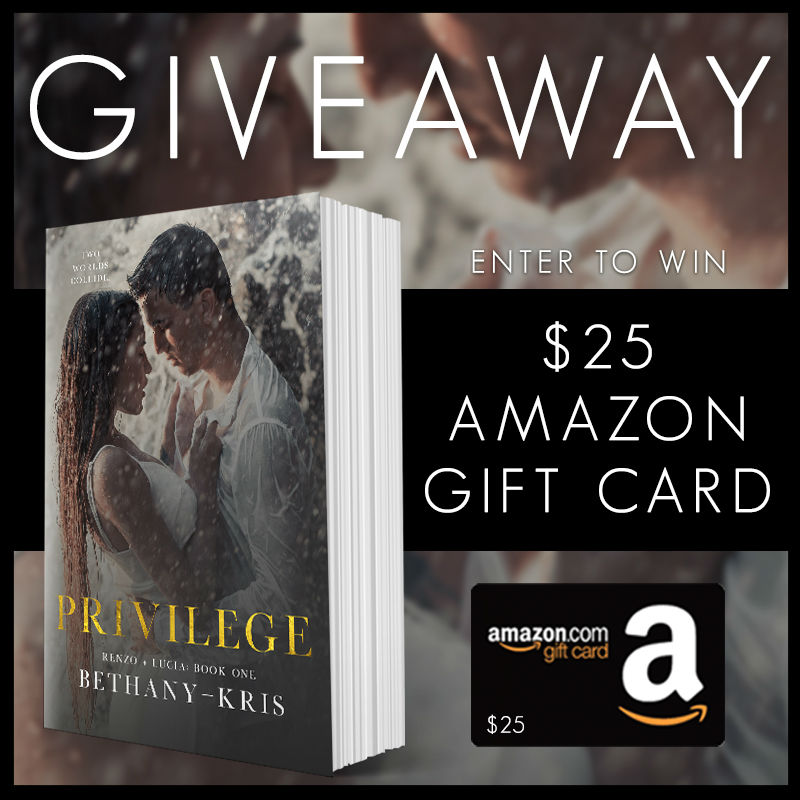 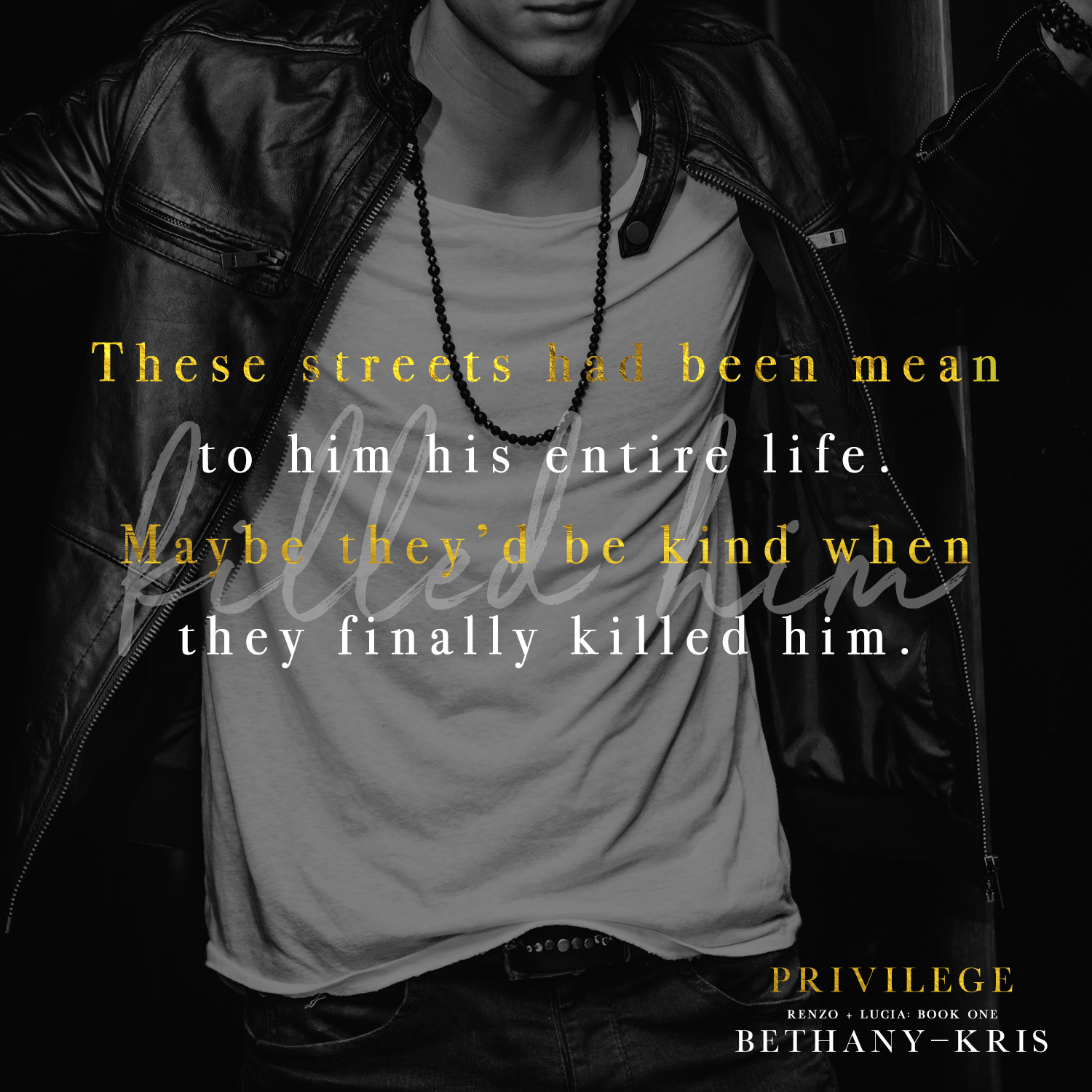 Bethany-Kris is a Canadian author, lover of much, and mother to four young sons, one cat, and three dogs. A small town in Eastern Canada where she was born and raised is where she has always called home. With her boys under her feet, snuggling cat, barking dogs, and a hubby calling over his shoulder, she is nearly always writing something … when she can find the time.

To keep up-to-date with new releases from Bethany-Kris, sign up to her New Release Newsletter here: http://eepurl.com/bf9lzD 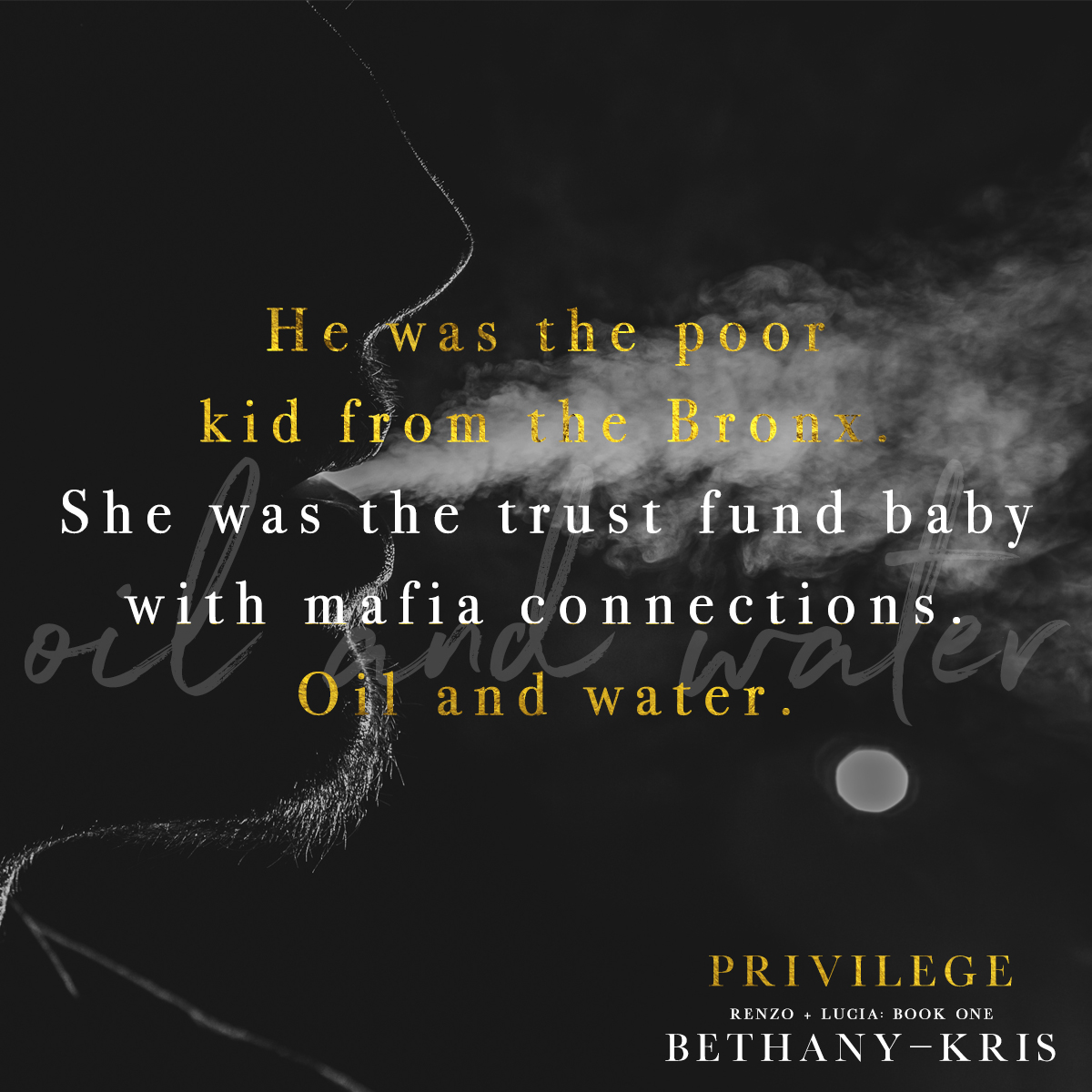