I love psychological thrillers. This was a great book, in my opinion. The writing was great! There is no distinction between the authors. I was wondering for a while in between gasping, if they were writing alternating chapters or characters POV, then I realized it didnt matter. The seamless plot didn’t give me any idea who writes what part. At part 2 things heat up between both Jess and Dr. Shields, making the reader wonder who is crazy? Maybe both of them.

While just devouring this I will say the two standouts for me were the premise and the characters. The premise is an advertisement on campus to participate in a study about morality and ethics. So how the main character Jess gets caught up and attends the screening is amazing! First night I read 30% and left off because it was the start of Part 2 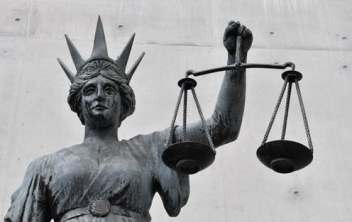 Overall the characters were just jaw dropping! The Dr. Shields duo had me thinking an awful lot. The confidentiality agreements, ethical misdeed, affairs, grades, deaths and drama kept me up late to finish. A phenomenal read. I don’t know how anyone could think less.

Should a punishment always fit the crime?

This is SO hard to answer because to me, I felt like Dr. Shields chose to psychologically punish, instead of …well any other choice. Likely any other choice would be a lot easier than this cat and mouse crazy talk. Oh my!

Sarah Pekkanen is also the co-author of the New York Times bestseller THE WIFE BETWEEN US and the upcoming AN ANONYMOUS GIRL, both cowritten with Greer Hendricks.

Her prior solo novels are: THE EVER AFTER, THE PERFECT NEIGHBORS, THINGS YOU WON’T SAY, CATCHING AIR, THE BEST OF US, THE OPPOSITE OF ME, SKIPPING A BEAT, and THESE GIRLS.

Sarah’s linked free short estories, published by Simon&Schuster exclusively for ereaders, are titled “All is Bright,” and “Love, Accidentally.”

Sarah is the mother of three young boys, which explains why she writes part of her novels at Chuck E. Cheese. Sarah penned her first book, Miscellaneous Tales and Poems, at the age of 10. When publishers failed to jump upon this literary masterpiece (hey, all the poems rhymed!) Sarah followed up by sending them a sternly-worded letter on Raggedy Ann stationery. Sarah still has that letter, and carries it to New York every time she has meetings with her publisher, as a reminder that dreams do come true.

(Note from Sarah: Here on Goodreads, my policy is to only review books I really like. If I don’t enjoy the book, I won’t write about it – it’s just my personal policy.)

Greer Hendricks and Sarah Pekkanen are the co-authors of the blockbuster New York Times bestseller, THE WIFE BETWEEN US, as well as the forthcoming, AN ANONYMOUS GIRL. AN ANONYMOUS GIRL has been optioned for a television series by eOne, with Sarah and Greer executive producing. THE WIFE BETWEEN US has been optioned for film by Amblin Entertainment, with Sarah and Greer screenwriting the adaptation.