I romanced her for revenge…but what if she’s not the enemy after all?

I’m Clint Holmes. I was an ambitious guy with a busy life and a growing business. Sure North Dakota wasn’t a tropical paradise, but I was happy enough—until tragedy struck. Now the only thing that matters is finding the person responsible and making her pay. But Bethany Banks is a Harvard-educated shark used to swallowing her enemies whole while playing dangerous corporate games. How can a blue-collar oil man like me possibly beat her?

The moment I lay eyes on my beautiful nemesis, the answer is obvious. I seduce her.

On Maui, where she’s fled, I get to know the man-eater who caused my family so much pain…only to find she’s not the brazen ballbuster I assumed. She’s skittish, secretive, vulnerable. For some reason, my instinct is to protect her. I can’t abandon my plan…but I can’t stop wanting her. Night after night, I pry her open with my touch until I’m drowning in our passion. Soon, I’m questioning everything, especially the fine line between love and hate. But when the past comes back to wreak vengeance and the truth explodes, can I prove that I’m more than tempted to love her forever?

Apple Books I Nook I Kobo I GooglePlay

Amazon US I Amazon UK I Amazon CA I Amazon AU

“Can one of you keep an eye on Beth? She’s getting hit on a lot, which I told her to expect. But one creepy guy who was here last night is here again today. He seems awfully determined.”

“The one in the loud Hawaiian shirt with the matching personality?” my buddy asks.

“That one. He parked his ass in her station as soon as we opened. He’s been messing with her ever since.”

First, when I bartended on the side in the past, I saw a lot of the girls struggle with dirtbags who refused to understand that no means no. Second, coming to her rescue will be a great way to meet Bethany and start gaining her trust. I refuse to think about how excited my libido is to spend time with her.

With that, Andy dismisses us. Ash and I file down the hall.

My buddy laughs. “You in the role of Bethany’s protector. Oh, the irony…”

“Hey, I’m not out to hurt her. I just want justice. I have no doubt she helped to swindle those people, so she deserves to pay as the law provides.”

“Fair enough. But, um…she clearly flips your switch. How are you going to keep your paws off her?”

Bethany Banks turning me on visually is fucking inconvenient. I’m sure that once I start talking to the woman, her personality will quickly turn me off. “I’ll work it out.”

“Ready for the madhouse?”

It takes me less than ten minutes to learn the ropes. Then Ash introduces me to the other waitress on duty, Montana. She’s a sultry brunette with dark eyes, golden skin, and big tits. Honestly, she’s usually my speed in women.

And yet as we’re chatting and she’s flirting, my gaze keeps straying to Bethany. What is it about her? She’s beautiful, but what else? Is it her aloofness? Maybe. I want to figure her out so I can understand why a brilliant woman, surely capable of making her own fortune, would help her father fleece people. The angry part of me wants to grasp how she managed not to get caught. Mostly, I fear the attraction is chemical and, regardless of what logic tells me, I want to nail her.

When Montana jaunts off with a wink. Ash pulls me aside. “Are you that rusty? Montana would totally do you, and you blew her off.”

I know, and the fact I’m not interested annoys me. “I’m not here for sex. Introduce me to ‘Beth’ and let’s get this farce going.”

As we approach, she sets a beer down in front of a guy who’s fortyish in a Hawaiian shirt—like a lot of the tourists here. He eyes her with excruciating intensity. She meets his gaze with an arched brow raised.

My gut tells me she’s not only not interested, but she’s silently rebuffing him.

Mug delivered, Bethany turns to leave. The man grips her wrist hard, his muscles flexing, veins popping, knuckles white. When she winces and tries to wriggle free, he clamps tighter and stands, jerking her toward him.

Fuck that. Even if Bethany Banks is guilty of a multitude of sins, she doesn’t deserve to be manhandled by this jerk against her will.

I barge my way between them, shoving her behind me. “Do we have a problem here, sir?”

Fury pinches his mouth. He narrows his eyes. “This has nothing to do with you. Butt out.”

“You don’t have permission to maul the staff. I’m going to have to ask you to keep your hands to yourself or leave.”

“Do you have your head so far up her twat that you don’t see she’s a fucking bitch?” The guy scoffs and rolls his eyes. “Yeah, and you deserve everything you get when she chews you up and spits you out.”

With that, the asshole tosses down some money and starts to walk away.

I’m furious. In part because he accused me of wanting her when I do. But mostly I’m pissed on Bethany’s behalf. “That was uncalled for. You’re not welcome back here unless you apologize to her.”

He grits his teeth, upper lip curling up with contempt as he turns to Bethany. “Fine. A thousand apologies.”

The douche doesn’t mean a word of that, and I want to pound his face. No, I’m not looking to become Bethany’s knight in shining armor. But this kind of guy always grates on my nerves because he thinks he can treat all women like trash, and the only thing that matters less than them are their feelings. I hate pricks like him.

Unfortunately, I can’t do anything else right now without ramping up the incident, instigating a fight…and probably getting fired. Instead, once he leaves, I turn to Bethany. I’m pissed all over again when I see she’s gone tense, as if she’s trying to hold herself together, and sporting a big red handprint around her small wrist.

She nods. It’s shaky at first, then she drags in a steadying breath. “Yeah. He might be the first to think he can demand something more than a drink. But like Andy said, he won’t be the last. I’ll get used to it. Thanks for stepping in. I’m Beth.”

When she holds out her hand, I have to admit I’m impressed by her backbone. I’ve seen new waitresses shrink, cry, and ultimately quit when confronted with a customer that vile. Bethany simply picked herself up and now looks determined to carry on.

We touch. Heat flares and rolls through me, instant and scorching. If I wanted to fuck her before, it’s nothing compared to the lust burning me now. 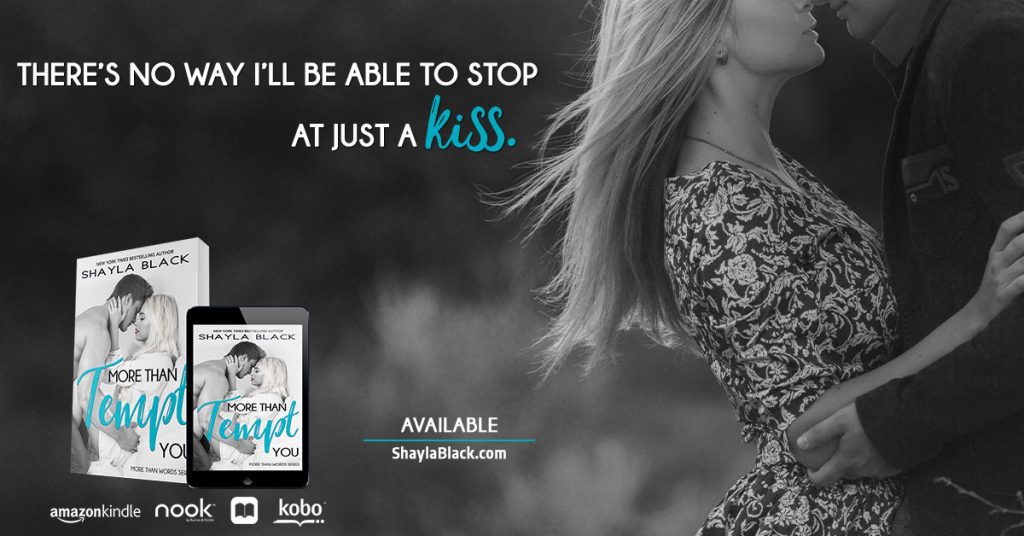 Raised an only child, Shayla occupied herself with lots of daydreaming, much to the chagrin of her teachers. In college, she found her love for reading and realized that she could have a career publishing the stories spinning in her imagination. Though she graduated with a degree in Marketing/Advertising and embarked on a stint in corporate America to pay the bills, her heart has always been with her characters. She’s thrilled that she’s been living her dream as a full-time author for the past eight years.

Shayla currently lives in North Texas with her wonderfully supportive husband, her teenage daughter, and two spoiled tabbies. In her “free” time, she enjoys reality TV, reading, and listening to an eclectic blend of music.