Check out this amazing cover of DRUMMER GIRL by Ginger Scott! Don’t forget to add it to your TBR! 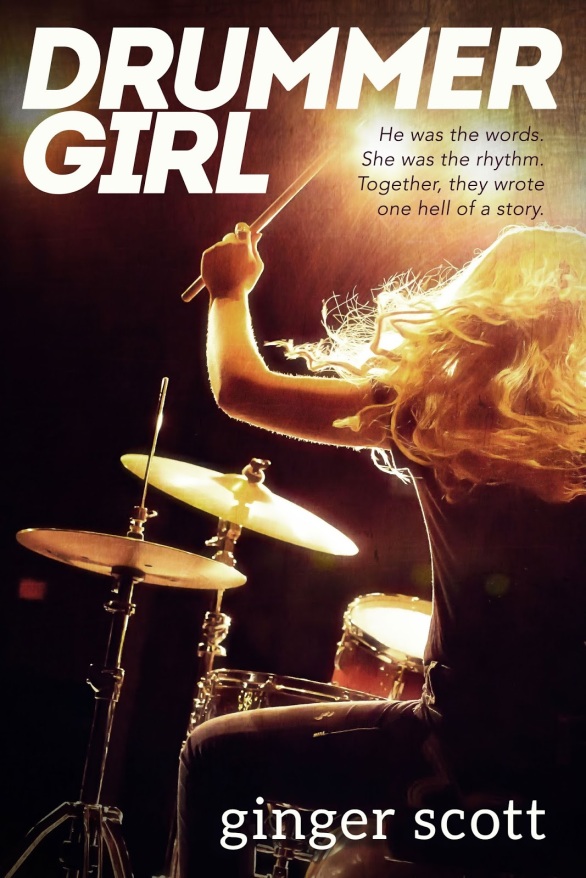 Arizona Wakefield was a beat without a melody. Living a half-breathing life in a half-finished neighborhood with parents who always wore half-hearted smiles, the high school senior only had one thing that let her color outside her family’s perfectly drawn lines—her drums.

Jesse Barringer was a song without a chorus. The son of a washed-up rock star who’s also one hell of a deadbeat dad, he was given two things from his father—musical genius and a genetic link to the bipolar disorder that drives him mad.

One night in a garage at the end of a cul-de-sac in the middle of a bankrupt California neighborhood, Jesse’s melody found Arizona’s rhythm. An angry boy with storm-colored eyes found a blonde angel in Doc Martens with missing lines in her own story. Where her rhythm stopped, his words took over, and together, they wrote one hell of a story.

Ginger Scott is an Amazon-bestselling and Goodreads Choice Award-nominated author of several young and new adult romances, including Waiting on the Sidelines, Going Long, Blindness, How We Deal With Gravity, This Is Falling, You and Everything After, The Girl I Was Before, Wild Reckless, Wicked Restless, In Your Dreams, The Hard Count, Hold My Breath, and A Boy Like You.

A sucker for a good romance, Ginger’s other passion is sports, and she often blends the two in her stories. (She’s also a sucker for a hot quarterback, catcher, pitcher,

point guard…the list goes on.) Ginger has been writing and editing for newspapers, magazines and blogs for more than 15 years. She has told the stories of Olympians, politicians, actors, scientists, cowboys, criminals and towns. For more on her and her work, visit her website at http://www.littlemisswrite.com.