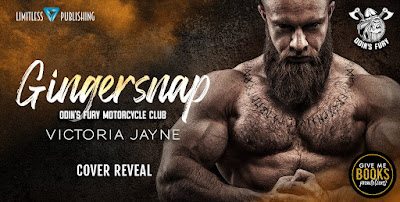 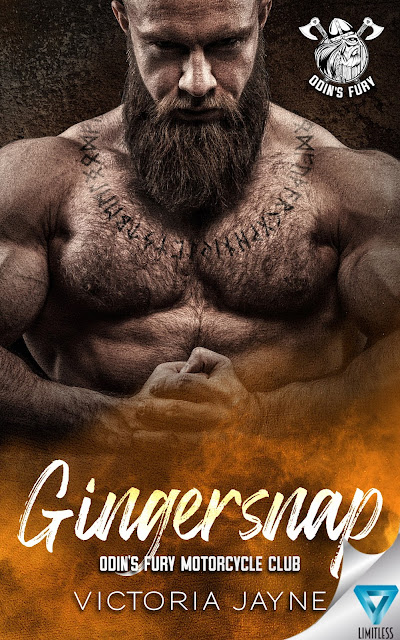 Safe. Sane. Consensual.
Liz “Gingersnap” finally found the perfect, most compatible play partner.
The only problem? DASH is the ultimate bad boy. The last one cost her a great job, but being with DASH? Yeah, Gingersnap upped the ante – her life.
DASH has never played with a woman like Gingersnap.
But the Ohio Chapter of Odin’s Fury is withering. DASH’s club brother is missing. The very club he dedicated his life to, might just be the thing that costs DASH his woman. Which could be for the best.
Yet, despite that, they can’t deny the truth. They’re addicted to one another. In the end, they’ll have to decide if the perfect play partner is worth the ultimate risk.
ADD TO GOODREADS 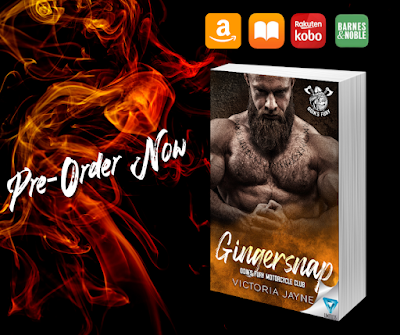 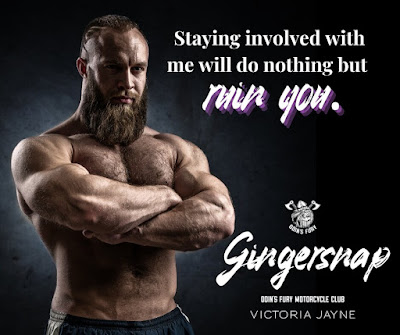 EXCERPT
Dash had planned to take Liz to a cute Italian restaurant with low lighting and a romantic atmosphere. He’d wanted them to have a normal vanilla evening of getting to know one another. His intentions were pure. Drumming his fingers on the steering wheel of his truck, he bopped his head to the beat of Black Betty by Ram Jam, doing his best to hide the disappointment in himself. She’d deserved a better date—first date.
But she answered the door in that threadbare robe, wearing the hottest fucking bra and panty set he’d ever seen. He was just a man, and not a good one at that. His little vixen knew exactly what she’d done, and he was nothing if not accommodating with his partners. So, he’d come up with something on the fly.
And fly they did if he wanted to get any sort of food in her. The speed limits on these roads were merely a suggestion this time of night anyway, right?
Unfortunately, the time it took to get her prepped, dressed, and for her to do whatever it was she did with her hair, meant that their choices for dinner dwindled. He wanted to take her somewhere nicer, but the Broken Spoke seemed their only option now.
Owned by the club, he knew he’d get no flack for wanting food this late. It also meant his brothers would be there. Pulling up to the Spoke in a cage, instead of his Road King, meant his brothers would notice.
Hell, they’d notice because Liz was a fucking hot redhead. It didn’t matter what he drove to get there. Blondes were a dime a dozen, but fiery bitches—they were hard to come by. Add to it, he didn’t have her on his bike—they’d think he wasn’t serious about her. Was he?
Fuck him running. He normally prided himself on his ability to plan. He swerved to hit yet another pothole just to hear her groan as the plug shifted in her ass, and to prove to himself that yes, he did in fact plan shit. But he realized he may have made the wrong decision when it came to which vehicle he’d chosen. Taking her to the Spoke meant exposing her to the club.
Sure, she’d been at the funeral, but with all the people there, she was written off as just another citizen. Showing up at the Spoke with him—yeah, they’d notice. Not to mention, she’d notice the colors. They hadn’t exactly spoken about his club involvement. He screwed himself for sure.
With his hand on her thigh, he felt the muscles in her leg tightening as she squeezed. It sparked a grin. The plug had worked. Since she wasn’t all that experienced with ass play, he knew he’d have to get it out soon. Which was why he’d insisted on her bringing a large purse.
They pulled into the half-paved and half-gravel lot. He immediately counted the bikes and noted the prospect at the door. Romeo’s and Mittens’ bikes stood out against the rest. Shouldn’t his brothers be on their way home? Too late to turn back now.
“Sorry it’s not a nicer place.” He patted her leg. “Plans had to be adjusted.” He grinned because he wasn’t about to apologize for why they’d had to adjust plans. “Next time.”
Her pale blue eyes rimmed with arousal from having hit every bump on the way there. Though, he suspected there was a post-orgasmic glow there as well. It looked good on her, and the half chub in his pants persisted.
“I’m sure it’s fine.” A sultry smile spread across her lips.
That did nothing to ease the strain in his jeans. Truly a minx, he’d never be convinced she didn’t know exactly what she did to him. 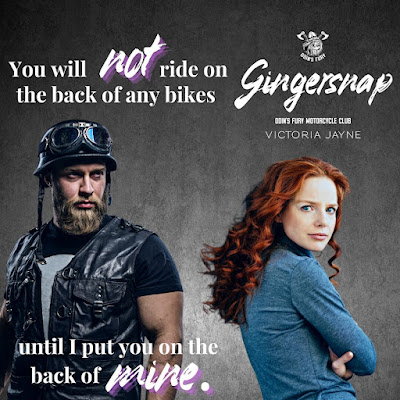 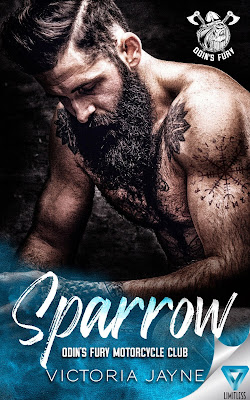 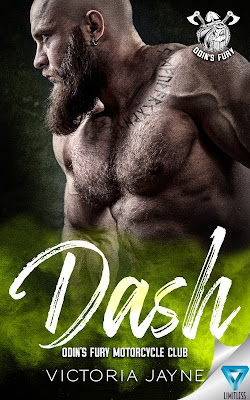 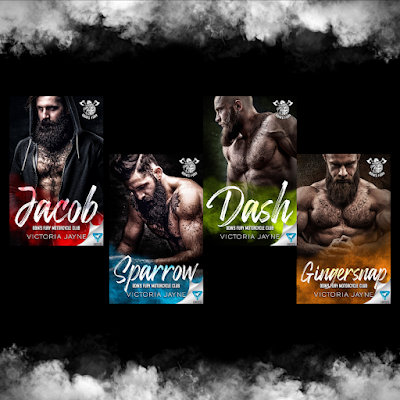 Victoria Jayne is a Jersey Girl through and through. She doesn’t pump gas, she eats pork roll, and grew up on the shore. She lives with her journalist husband and her two darling daughters.
When not writing, Victoria enjoys baking with her daughters, rooting for the New Jersey Devils, thinking of home improvement projects for her husband, daydreaming/planning vacations she’ll never take, and staying up far too late chatting on Discord.
The worlds of Suzanne Wright, JD Tyler, Dianne Duvall, Elisabeth Naughton, Madeline Sheehan, Tillie Cole, Kim Jones, JL Drake, and Joanne Wylde inspired Victoria. After binge reading them, she committed to writing and publishing her own books. She loves discovering new authors and the characters they create just as much as her own. 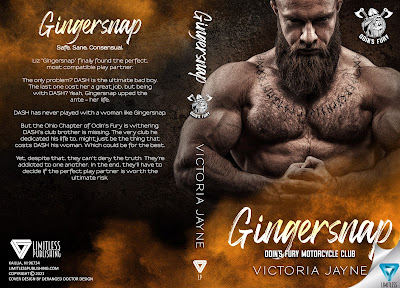