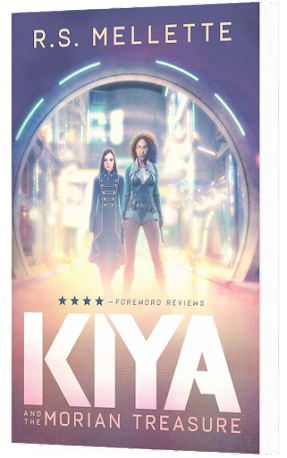 LOS ANGELES – Among the ancient ruins of a distant planet lies a girl’s diary, the first entry a warning: If you’re reading this and I’m not dead, then get out of my stuff. With that brusque alert, begins the epic adventure in R.S. Mellette’s space opera, “Kiya and the Morian Treasure” (April 26, Elephant’s Bookshelf Press). Mellette, who worked on “Xena: Warrior Princess,” took his experience in the television and film industries to craft a female-led YA sci-fi novel that will captivate readers of all ages and genders.

The aforementioned diary belongs to Nadir, the daughter of a peacemaker and diplomat, who has lost her mother, and whose father, Janus, is quickly dying of a space plague ravaging the universe. Janus hires freelance space pirate Kiya to arrange safe passage back to their homeland and plans to turn himself over to Admiral Ghan, leader of the council of pirates, in the name of peace. But all does not go according to plan. Kiya’s ship is attacked by fellow pirate and Kiya’s Ex, Derek, who’s looking to collect the bounty on Janus himself. With Janus’ capture, Nadir and Kiya are left to fend for themselves all while Kiya seeks to recover the memories erased by her father, which she’s convinced hold the key to finding the mysterious Morian Treasure.

Action-packed and quick-witted, “Kiya and the Morian Treasure” is a journey through the galaxy like readers have never seen before — and the ending is sure to astonish all those who venture into this exciting new universe.

“Stirring and deft curtain raiser to a mayhem-filled, girl-powered YA/SF saga that doesn’t talk down to readers.” — Kirkus Reviews

“Kiya and the Morian Treasure” 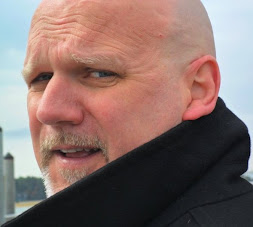 R.S. MELLETTE, originally from Winston-Salem, North Carolina, now lives in San Clemente, California, where he toils away at turning his imaginary friends into real ones. While working on “Xena: Warrior Princess,” he created and wrote “The Xena Scrolls” for Universal’s New Media department and was part of the team that won a Golden Reel Award for ADR editing. When an episode aired based on his “Xena Scrolls’” characters, it became the first intellectual property to move from the internet to television. Mellette has worked and blogged for the film festival Dances With Films as well as the novelist collective, From The Write Angle, and he is on the board of the L.A. region of the Society of Children’s Book Writers & Illustrators.