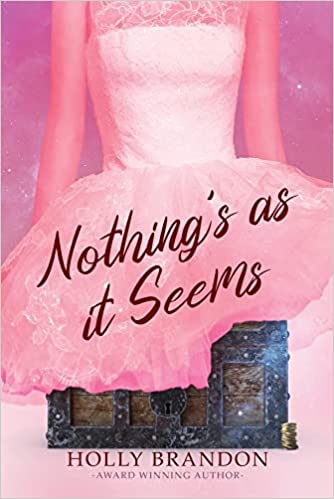 Thirty-one-year-old Dr. Chastity (Chase) Ann Morgan’s continued search to fulfill her romantic fantasy of a perfect marriage takes her to an unexpected place when she begins to have vivid, déjà vu dreams of a mysterious, otherworldly man who calls out to her in the most alluring sing-song voice. While the recurring dreams aren’t helping one iota in her struggle with romance, a structural engineering job opportunity along with a man who may be “the one” sends her back to Europe. What unfolds is not quite what she has in mind, and her life becomes more complex than expected, especially when her quirky family’s dysfunctionalities pop up at the most inopportune times.

To top it off, a secret journal surfaces, which reveals things from the past. How it’s supposed to fit into Chase’s life only adds to her growing confusion as a cryptic past seeps into her future. Can Daphne, her ten-year-old psychic neighbor, provide direction when the little girl comes up with her convoluted myriad of clues? Only time will tell if the current events will assist or hinder Chastity’s destiny, especially when she has to decide if blind trust in love will lead to a day of reckoning. Find out as you read along in Nothing’s As It Seems, the second novel in the Chastity Series.

Holly Brandon is an engineer-turned fiction writer. With a lifetime of adventurous love stories, Brandon began her series of books based on real-life experiences. Brandon holds a Ph.D., M.S., and B.S. in Civil Engineering from UCLA and USC. Prior to her fiction novels, she was best known for her published works in the Journal of Earthquakes, Earthquake Engineering, and Engineering Vibrations and Earthquake Science. When she isn’t writing, Brandon enjoys tennis, golf, reading, and spending time with family and friends. A Los Angeles based fiction writer, Holly has won several accolades and awards that contribute to her success.

Upon completion of her second book of the series entitled, “Nothing’s As It Seems”, Brandon continues to regale readers with Chastity Morgan’s often-zany adventures. Unbelievable as it may appear, many of the scenes in “Life in the Chastity Zone” and “Nothing’s As It Seems” are based on true-life experiences. Holly invites readers to follow Chastity on her crazy and hilarious adventures in her search for love and happiness.