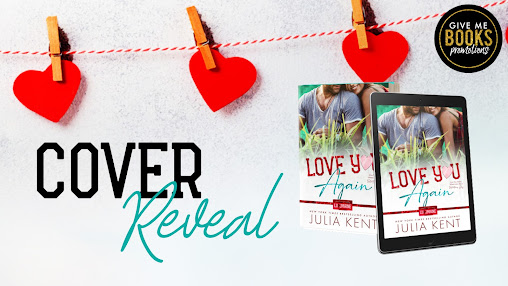 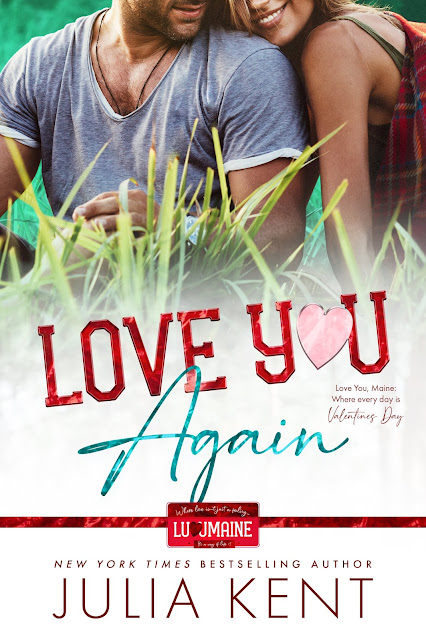 Title: Love You Again
Series: Love You, Maine #2
Author: Julia Kent
Genre: Contemporary Romantic Comedy
Cover Design: Najla Qamber, Qamber Designs
Release Date: July 19, 2022
BLURB
An unexpected rescue rekindles an old romance between a single dad widower and a woman caught in a small town scandal that made her flee the one place where she belongs. Can a second chance at first love end in a happily ever after?
Luke Luview has given up on love. Finally ready to let go of his late wife’s clothes, the grieving small-town police officer and single dad thinks he’s hearing things when he opens the charity box door. Who knocks from the inside of a donation bin?
The raccoon he assumes is in there turns out to be way prettier – and very familiar. Rescuing the first girl he ever kissed means life has dealt him a wild card with Kylie Hood, his late wife’s best friend who left town suddenly fifteen years ago under a cloud of scandal.
Kylie Hood will never depend on a man again. Dumped by her boyfriend and fired by his parents from her children’s programming job at their ski resort in rural Maine, she hits rock bottom while throwing out her ex’s clothes — along with her phone and car keys.
Being rescued by Luke Luview, of all people, is a gift and a curse. The boy she once loved is now all grown up, everything her ex wasn’t – and absolutely off limits.
Accepting his offer to be his temporary nanny while she job searches in New York City, Kylie falls hard for his sweet daughter, and even harder for Luke. A clause in her employment contract means they can’t fraternize, but fate has other plans, and forbidden fruit is twice as sweet.
As the town she reluctantly left years ago accepts her more and more, and Luke makes it clear he wants ta second chance with her in their close-knit community, Kylie has to decide: an exciting new career in Manhattan on her own, or an instant family and a sense of belonging in her small hometown?
And as Luke wrestles with the pain of being left behind by his wife’s accidental death, he has to balance his responsibilities to his daughter with his own needs. Needs he’s ignored for far too long.
Needs only Kylie can meet.
But not if she leaves.
Can Luke and Kylie rekindle their first love and find a new future together in a place where love conquers all?
If you’re looking for a fun read about first kisses and second chances, featuring a hot single-dad police officer and his accidental nanny, set in a small town in New England, with a golden retriever named Jester, a heroine whose dream in life is to run a fairy camp, and a hero who wants to build a place where everyone belongs–then this is your book.
Grab a cup of coffee or tea, and maybe some edible glitter, and get your happy meter ready as you read the second book in the Love You, Maine, series–where love isn’t just a feeling… it’s a way of life.
✓Standalone
✓Slow burn
✓Single dad widower
✓Nanny/police officer
✓Second chance
… and a golden retriever named Jester

ADD TO GOODREADS
ADD TO BOOKBUB 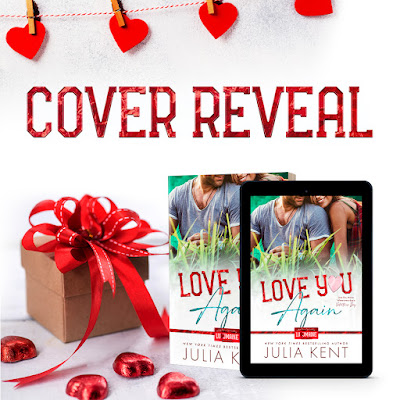 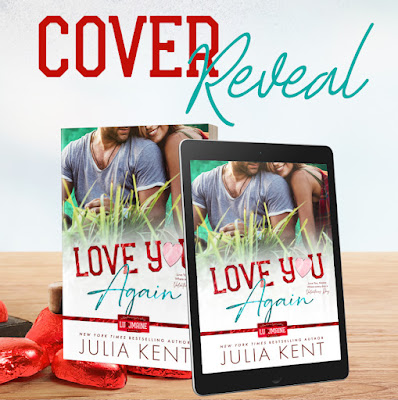 EXCERPT
A white puff of air filled the space between him and the steering wheel, and he realized he’d sighed. How long had he been sitting here, mind and memory in the past? Shoving his hands into gloves, he opened the rear door, grabbed the white plastic bag, and made his way to the front of the bin.
Determined, focused, and grim: That was Luke Luview these days. A bad match for a town that existed to make people feel good about love.
Living in Love You, Maine–heck, being a Luview–was never harder than when you had a broken heart.
Time to let go of some of the pain.
“AAAAAAooooooooo,” called out a band of coyotes in the distance, making Luke jolt. His personal weapon was at home. He didn’t carry it in the glove compartment or on his body when he was off duty, but as the coyote population grew in the area, maybe he should.
A few feet from the donation bin’s front, he looked at the lever to pull down, squeezing the bag slightly. A whiff of Amber’s perfume caught his nose, so faint he almost imagined it.
Colleen had washed all the clothes a few weeks ago, so he knew he imagined Amber’s scent. Didn’t matter. He’d take the illusion. That was how much he hurt.
A skitter inside the box made him frown.
Damn animals. They got in those bins all the time. He felt sorry for the poor sap who emptied these metal boxes, carting all the goods to the warehouse in Manchester where they cleaned and sorted, getting it all ready for the second-hand retail stores.
Just do this, he thought, swallowing hard as the coyotes mated in the distance. The sound was violent and creepy, but for whatever reason, it felt fitting.
Throwing the tangible reminders of that terrible day into the donation box felt dangerous, too.
“I love you, Amber,” he murmured. “But I have to let you go. Have to let that day go. Harriet needs a daddy who isn’t tied down by grief. Just because I’m doing this doesn’t mean I love you any less, though.”
Tears pricked his eyes. “Why is this so hard? Because it’s hard,” he said with a huff. “That’s what you would say if you were here. You’d hug me and comfort me and tell me feelings are meant to be felt or they’d be called something else. You’d have all the right words. I don’t have any. I just have a big hole in my life, Amber. And you’re never going to fill it. Colleen says I can’t feel guilty for moving on. I don’t. But I sure do feel weird.”
And then he reached for the handle, pulled it down, and threw the bag in while calling out loudly, “I love you.”
To his utter shock, she replied from the darkness of the box, “I’m in here!” 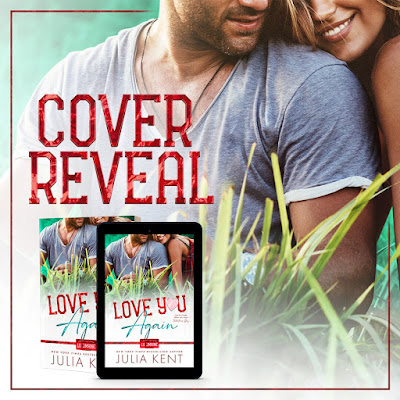 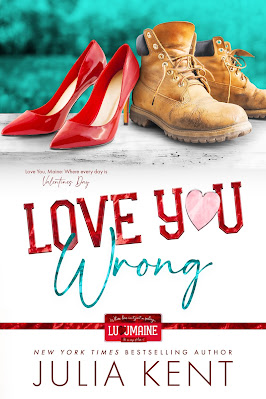 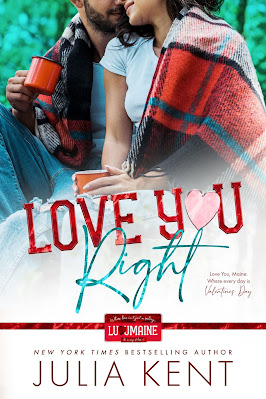 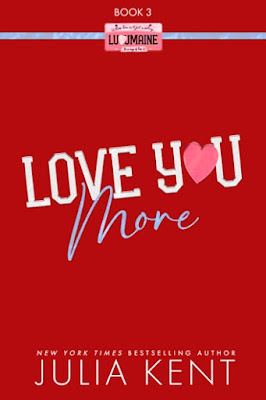 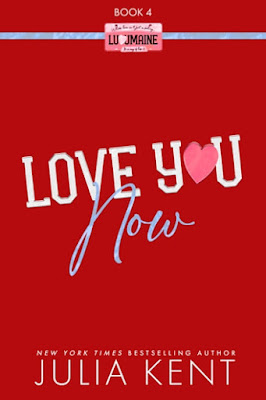 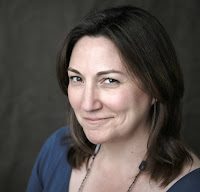 New York Times and USA Today bestselling author Julia Kent writes romantic comedy with an edge. Since 2013, she has sold more than 2 million books, with 4 New York Times bestsellers and more than 21 appearances on the USA Today bestseller list. Her books have been translated into French, German, and Italian, with more titles releasing in the future.
From billionaires to BBWs to new adult rock stars, Julia finds a sensual, goofy joy in every contemporary romance she writes. Unlike Shannon from Shopping for a Billionaire, she did not meet her husband after dropping her phone in a men’s room toilet (and he isn’t a billionaire she met in a romantic comedy).
She lives in New England with her husband and three children where she is the only person in the household with the gene required to change empty toilet paper rolls.
She loves to hear from her readers by email at julia@jkentauthor.com, on Twitter @jkentauthor, on Facebook at @jkentauthor, and on Instagram @jkentauthor. Visit her at http://jkentauthor.com
AUTHOR LINKS
WEBSITE  FACEBOOK  TWITTER
NEWSLETTER  INSTAGRAM  BOOKBUB
GOODREADS  AMAZON