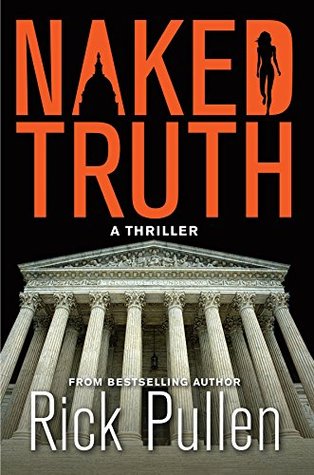 REPORTER BECK RIKKI again confronts the deceptions and lies of the rich and powerful in America when he is invited to meet with the chief justice of the United States, only to have the jurist show up dead. As he did in his previous outing in Naked Ambition—the ﬁrst in Rick Pullen’s compelling thriller series—Beck is relentless in pursuing the truth. Yet, as he peels back the layers, he is unaware of the sleight of hand diverting his path. After all, in the real world of power, how much of the iceberg of truth can really be uncovered?

Website
http://rickpullen.com/
Rick Pullen is the author of the best selling novel, NAKED AMBITION, about a reporter investigating a corrupt presidential candidate.

NAKED TRUTH, the long-waited sequel to NAKED AMBITION, is scheduled for release Sept. 24, 2018. It is a thriller about the mysterious death of a Supreme Court justice.

THE APPRENTICE, about a rookie reporter who unexpectedly finds herself investigating the president-elect, was published in late 2017.

Rick is an award-winning investigative reporter and magazine editor. He is a member of the FOLIO 100, the 100 most influential people in magazine publishing, and was a finalist for EDITOR OF THE YEAR. He is a member of the National Press Club, International Thriller Writers, Mystery Writers of America, the Royal Writers Secret Society and Old Town Sleuths. He has spent most of his journalism career working in the Washington swamp. He resides in historic Fredericksburg, Virginia where he tries not to get his feet wet.