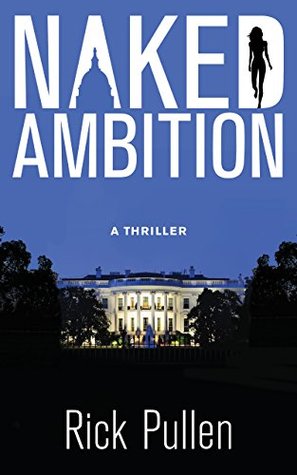 For years, Beck Rikki has made his name as an investigative reporter, targeting corruption and bringing down powerful people. Suddenly the roles are reversed and he is the hunted. Someone is watching, threatening to uncover his most embarrassing secret.

As he digs into the sordid past of a presidential candidate, Beck finds nothing is quite as it seems—not his sources, not his curious new love interest, and especially not his investigation. And just when he thinks he’s solved the riddle, Beck realizes he hasn’t.

Why is a top Justice Department official setting up clandestine meetings to feed him explosive information? For the first time in his career, Beck may have a story too dangerous to handle—but too important to walk away from. A trail of murder runs from Canada to the Caribbean, but all signs point to Pennsylvania Avenue.

With a presidential election weeks away, Beck realizes he is nearly out of time to save the nation—and maybe even himself—from a cleverly executed plot.

Website
http://rickpullen.com/
Rick Pullen is the author of the best selling novel, NAKED AMBITION, about a reporter investigating a corrupt presidential candidate.

NAKED TRUTH, the long-waited sequel to NAKED AMBITION, is scheduled for release Sept. 24, 2018. It is a thriller about the mysterious death of a Supreme Court justice.

THE APPRENTICE, about a rookie reporter who unexpectedly finds herself investigating the president-elect, was published in late 2017.

Rick is an award-winning investigative reporter and magazine editor. He is a member of the FOLIO 100, the 100 most influential people in magazine publishing, and was a finalist for EDITOR OF THE YEAR. He is a member of the National Press Club, International Thriller Writers, Mystery Writers of America, the Royal Writers Secret Society and Old Town Sleuths. He has spent most of his journalism career working in the Washington swamp. He resides in historic Fredericksburg, Virginia where he tries not to get his feet wet.