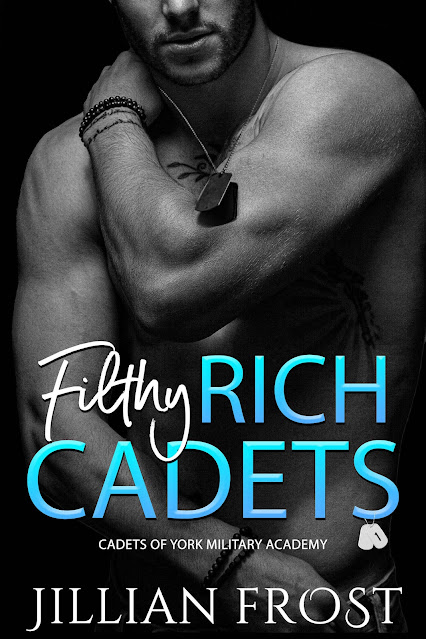 Title: Filthy Rich Cadets
Series: Cadets of York Military Academy #1
Author: Jillian Frost
Genre: Dark Romance
Release Date: January 27, 2022
BLURB
Welcome to York Military Academy, where the cadets are ruthless and filthy rich…
Someone is killing the people closest to me. And to get answers, I have to become the first female cadet at the academy.
No one wants me at this school.
Not even my former friends.
Cole, Hunter, and Brax.
They’re the leaders of Alpha Company.
The rulers of my life and this school.
When someone tries to kill me, I know I’ve come to the right place to get answers. The lies hidden at this elite college are deadly. And these rich boys will do anything to protect their secrets.
But at least I have Julian on my side.
He’s the new transfer student, hot-as-hell, and has secrets of his own. Julian hates the cadets as much as I do. And with him watching my back, I will take down my bullies and solve the mystery behind the murders.
Let the War Games begin. 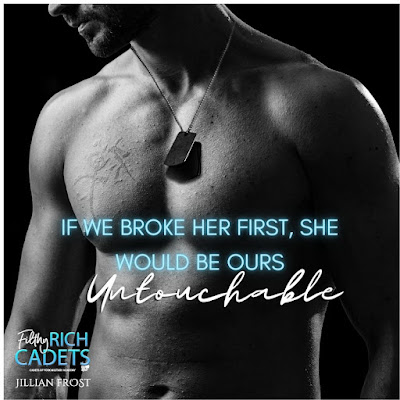 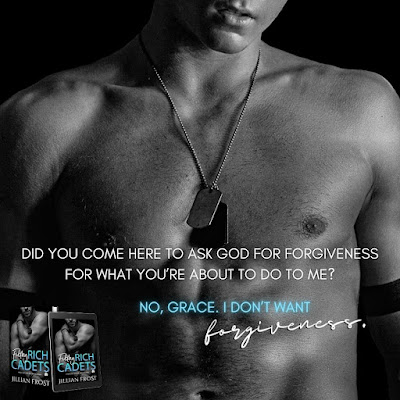 AUTHOR BIO
Jillian Frost is a dark romance author who believes even the villain deserves a happily ever after. She loves writing twisted suspense plots with dangerous but redeemable antiheroes. When she’s not plotting all the ways to disrupt the lives of her characters, you can usually find Jillian by the pool, soaking up the Florida sunshine. 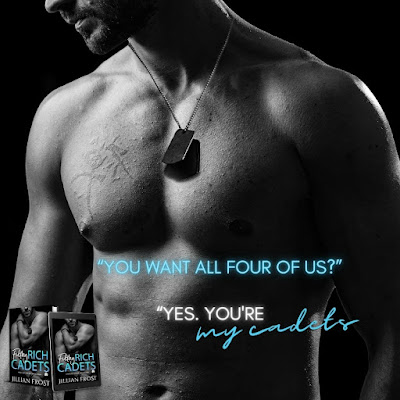