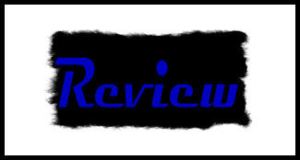 “Aces, Kings, Queens, Jacks, and Spades- my world is one hand at a time. The read, the game, and the ability to walk away as the unexpected winner, that’s how I roll. Life is a game of chances and not a game of hearts.” Morrison Caldwell.

Morrison Caldwell, the middle Caldwell brother is the wild card. He is the gambler that surprisingly does know his limits. He has a sort of routine that makes you just adore him. He gets off the plane, goes to a slot machine and then based on a win or lose he plans his night. He is ritualistic which I find to be a new character trait I have never read before. Usually you would think that a gambler would not identify his limits, but Morrison does.

Basically the Caldwell family is featuring a brother in each novel. So for me I am a Jared Caldwell nut, fanatic, stalker and well I do admit to labeling myself as the future Mrs Caldwell. Jared doesnt know it but we are destined to be together. Jared is not part of the three brothers so I am desperate for his novel but next is Jagger. While I loved Morrison for his planning and devious mind when it comes to finance, I want Jagger. Jagger is a serious #WaitingOnWednesday.

Anyways I loved Hailey, the obviously broken girl with a past that is dark. I do love dark and this story killed it! The first few chapters show how this world is just evil. Hailey remains a planner and a few plot twists here have you stuttering for sure, she was so cool. I wont go into some of the plot twist but the one that stands in my mind was towards the end with Monte. WOW I was stunned and don’t want to believe him, but its so realistic that maybe I do.

I say it is a must read, so grab it now!

Chelsea Camaron grew up turning wrenches alongside her father, which just so happened to inspire her Love and Repair and The Hellions Ride series. When she’s not writing you can find her playing with her kids, attending car shows, going on motorcycle rides on the back of her husband’s Harley, snuggling down with her new favorite book, or watching any movie that Vin Diesel might happen to be in. She lives in Louisiana with her husband and two children

MJ Fields is the USA Today bestselling author of the Love series, the Wrapped series, the Burning Souls series, the Men of Steel series, and the Norfolk series. A former small-business owner who recently became a full-time writer, Fields lives in central New York, surrounded by family and friends. Her house is full of pets, friends, and noise ninety percent of the time, and she wouldn’t have it any other way.
I’m very excited to share that I am now represented by Marissa Corvisiero.Please feel free to contact me mjfieldsbooks@gmail.com.Visit me on Facebook                    Follow me @mjfieldsbooks